Anyone who has taught kids knows how hard it can be to help them transition to a time of learning. Whether they’re returning from recess or PE, bouncing after a rowdy worship session, or just plain excited because it’s snowing outside, kids sometimes need help settling down!

About 10 years ago, I had a class of ALL boys…the energy level was high almost all of the time, and transitions were particularly difficult. This was a self-contained class for kids with special needs, and at least half of my students struggled with maintaining attention. I often felt that I spent the majority of the day directing them (okay, nagging and pleading…) to settle down so that we could get some work done. I used to periodically tape-record our class so I could listen to my interactions with the kids and analyze my teaching.** When I listened to those tapes, I was appalled at how much “nagging” I was doing. No wonder the boys were tuning me out!

During that same year, I became interested in football. The Washington Redskins  were doing quite well, and I got caught up in the excitement. My husband and I, along with our friends, spent Sunday afternoons in front of the TV during game time. I didn’t know a lot about football, so I spent a good deal of time whispering, “What’s that signal for?” or “Why did the ref do that?” My newfound love of football gave me the opportunity to bond with the boys in my classroom, too, as most of them were fans. Many of our math problems and bonus spelling words revolved around the Redskins that year!

I wondered if, somehow, football might be able to help us with our transition problems. As football season continued, I had become quite savvy with the football signals, and took great pride in learning the meaning of even the most obscure motions. One day after the boys returned from recess in super-high-energy mode, I decided to give it a try. Instead of nagging or yelling for them to sit down, I stood silently at the front of the room and began going through some of the football signals. One by one, they noticed what I was doing and began piping up, “Safety! Holding! Touchdown!” This activity became a great transition tool. The students learned that when I started doing football signals, I needed their attention: eyes up front, bodies seated and ready to learn. For this group of kids, it was effective–and fun! (much better than nagging…)

Tell me what transition strategies work for your class!

** If you plan to tape record a class you are teaching, please consult with your organization’s legal  or leadership team to be certain that you are following policies that are respectful, with the primary goal of protecting students.

When we offer training to teachers and volunteers, we’re often asked if fidget toys, like stress balls and tangles, really work to help students to focus and manage behavior. Our answer? Yes. And no. Some days, beautifully. Other days? Not so much. Certain kids? You bet. Others? Hardly ever.

Special education professionals agree that the effectiveness of fidget toys largely depends on the needs of the child. While fidgets are a popular recommendation at IEP planning meetings and workshops, they are not a cure-all. Sheri Halagan, a National Board Certified Teacher comments, “I wish they were the answer for every child. They’re not.”  Intervention Specialist Amy Belew, also a National Board Certified Teacher agrees: “They become a distraction for so many kids.” 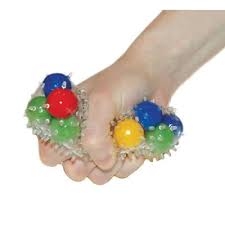 Teachers and volunteers wonder, then, why fidget toys work like “magic” for some kids, but not others. Child psychologist Dr. Sherri McClurg explains that this is based on the strengths and needs of the child.”Fidgets are great for kids with anxiety or spectrum disorders; kids with ADHD will struggle to use them.” She continues by explaining that fidget toys may fill a sensory need for students on the spectrum, and also can reduce tension and nervousness in kids who struggle with anxiety. Students with ADHD, however, may become focused on the fidget toy to the exclusion of the class discussion or activity.

Unfortunately, many volunteers and pastors don’t have the luxury of knowing students’ diagnoses in order to apply a “diagnostic and prescriptive” approach to intervention. So, then, what can the church folks do to help all students pay attention and participate effectively?

So, what’s the bottom line? Fidget toys DO work, but they’re not a panacea…and that is something to celebrate, because every child is a unique and fabulous creation.

I loved teaching my fourth grade Sunday School class in Maryland. I had a great bunch of enthusiastic 10 year-olds. It didn’t matter that our classroom was in the basement…a room with no windows and little space to spread out. As the weeks and months went on, we became not only a class, but a community. (Although it scarcely bears thinking about…those kids are now in their 20’s! One of them is even my “Facebook Friend!”)

Coming from a teaching background, I prepared my lessons for Sunday School much like I did for my classroom at the local elementary school…and I found that same beginning-of-the-day issue bothered me at BOTH places: that unstructured time before class really begins. One professor I had in undergraduate school called this “sponge time” because it needed to be “soaked up” with meaningful activity! As most church folks know, arriving on time for Sunday School can be difficult (especially for families affected by disabilties!) However, teachers can help to set the tone for a meaningful lesson by providing activities that are age-appropriate, content-related and that can be finished easily as the lesson begins.

My solution to this “sponge time” was called the “Weekly News.” I used a large piece of chart paper and divided it into sections, much like the front page of the newspaper: world events, local headlines, health, sports, arts, schools, celebrations, and concerns. As the students arrived, they used post-it notes to add “news” to the chart paper. For example, one of the boys would jot down details of his soccer matches and placed it in the “sports” section, while another student wrote about a band concert and put it in “arts.” Kids would add upcoming tests or quizzes in the “school” section or details about a sick grandparent in “health.” By using post-it notes, the students could each work on their piece of news without having to crowd at the chart paper all at once.

Once everyone had arrived, we would use our “weekly news” to focus our conversation and prepare us for our prayer time together. It was a joy to see the students praying purposefully for each other (and for me, too!), using the chart for reference. The post-its could be distributed at the end of class as a reminder to pray for specific requests during the week. This “sponge activity” remained a part of our weekly routine, and really set the tone for community and comfort in our classroom.